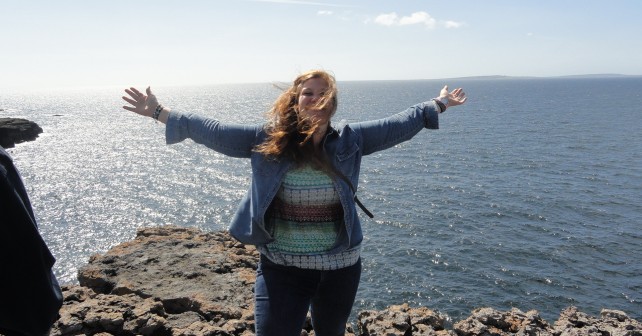 We’ve all seen the horror stories from abroad. The girl who gets arrested for accused murder in Italy, the boy who dies from jumping off a bridge with his friends in Spain, or, as so eloquently portrayed in “Taken”, the young college-age students who get kidnapped by mafia and are sold into sex trafficking. These are all the worst case scenarios you never want to find yourself in while abroad. A safe combination of common sense, knowledge of your host city and a local phone number are ways you can stay safe and out of trouble (for the most part).

If you have parents like mine you may be going into your adventure with a healthy dose of paranoia– I cannot caution against this enough. Be cautious, but never be paranoid. I traveled for six months in Europe, sometimes in large groups, sometimes with only one other friend, and sometimes I even *dun dun dun* traveled solo. As a 21-year-old woman I was a little hesitant about the idea of being able to successfully travel by myself without getting mugged, raped or killed. Now, mind you, I’m aware of how ridiculous those fears may sound but I am positive I’m not the only one who has felt that way.

There are a couple of things I would encourage a solo traveler to do while adventuring,

Katherine is a senior at Iowa State University graduating with a degree in journalism and a minor in Spanish. She’s traveled to 16 countries, lived in Spain for four months, and volunteered/lived in Greece for two months. She spends her time fantasizing of her next adventure, playing guitar and occasionally “studying”.

No Responses to “Solo Traveling – Advice from a Study Abroad Student”