Some of the top career opportunities in Australia 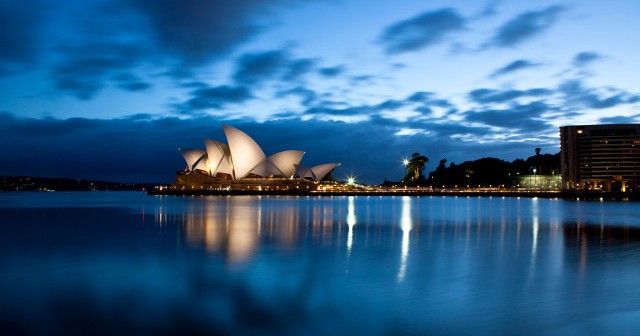 Thinking of moving abroad, particularly to the Southern Hemisphere?

Australia, amongst others, is a country rich with career opportunities if you have the right skills and qualifications. In fact, if you are thinking of emigrating to Australia (because, well… it’s Australia!), having skills that are in-demand is often the most expedient way (and sometimes only way) to complete the emigration process.

So what are some of these “most sought after” skills to help you relocate your life?

Australia is a relatively young country and today there remains a great deal of room for further development in infrastructure. There is constantly discussion of populating areas of the country that are still relatively uninhabited. With such a number of planned communities yet to be built, it will take engineering professionals with relevant knowledge to build them. For developing cities, one of the most useful engineering qualifications to have is a degree (or Doctorate) in civil engineering.

On the same note, structural engineering, transport engineering, and many other specific types of engineering careers also make an appearance on the Skilled Occupations List (Australia’s go-to list of in-demand professionals) for the same reason. To allow yourself the greatest chance of being successful, take advantage of the world’s many universities who offer great degrees specialized in engineering.

Demand for general healthcare workers is not something unique to Australia; good healthcare qualifications can almost guarantee employment throughout the globe.
That being said, the number of specializations sought after for healthcare professionals are almost too numerous to mention. All types of dentists, doctors and registered nurses are wanted worldwide, Australia included. If you work in a medical field and are wondering if your specialization is in-demand, check the previously mentioned Skilled Occupations List. Healthcare as a whole is a trade in which you will frequently find employment quickly, and due to its consistent growth and global relevancy, it will likely remain so into the foreseeable future.

A good degree in computer science, particularly specializing in software development, may land you a solid career in Oz. However, to increase your chances of good employment, a portfolio of past work will certainly help—especially if it includes the development of a simple app or two for a smartphone. In software development your formal qualifications may not be the sole means for impressing employers, (there are many people without such high qualifications that can also create fantastic software), rather, creativity and personal motivation might also play a driving part in your potentially job offers.

Within Australia as a whole, Sydney is currently the IT/tech capital, especially where hiring is concerned. For example, over 3,000 IT-related jobs are advertised each week in the area, many of them in software development—a field also listed on our go-to Skilled Occupations List. 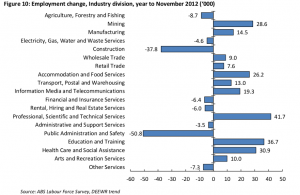 With so much land left undeveloped, it would be wise of Australia to have professionals able to work out its best use—especially for developmental purposes. Being a land economist is a great qualification to have if you’re seeking employment in Australia’s public sector.

One should note, however, that land economics is a career where the quality of the degree matters—in fact it may even be more of a deciding factor for employment than past experiences.

As a land economist there are also fair chances to work in private sector employment consulting on projects such as with building new shopping centers, or working for large corporations which have a lot of property assets. 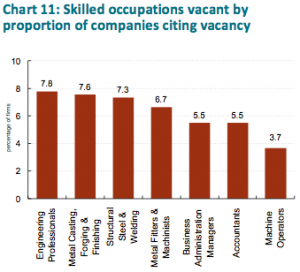 Of the listed career options here, this might be the only one to not appear on the Skilled Occupations List; however, it still can be a great deal of use to those seeking employment in the Southern Hemisphere. As a translator, you can find work with a number of different employers, including the government, as having linguistic skills is highly relevant in today’s globalized job market.

For Australia in particular, it is highly beneficial to speak both English (the country’s most commonly spoken language) and an Asiatic language. Australia as a whole does a fair amount of trade with Hong Kong, Japan, Singapore and Thailand; being able to communicate fluently with the languages spoken in these countries will definitely help your employment prospects. Lastly, translation also offers a great deal of opportunities in freelancing. You can easily support yourself through work online, in person, or even as a linguistic tutor.

Carpentry, gas fitting, plumbing, electricity, stone masonry, joinery, and being a locksmith are all relevant and reliable trades, as further supported by their constant presence on Australia’s Skilled Occupations List. If you’ve finished your post-trade school apprenticeship period and you’re fully qualified, there are plenty of opportunities. While it’s true that construction in Australia has somewhat decreased over recent years, it is not solely new projects where these trade skills are needed; there will always be a need for continuing maintenance on existing properties.
With respect to all these mentioned jobs, it is a good idea to find an employer who can sponsor your move to Australia (for the purposes of satisfying the Department of Immigration), at least in the beginning when you don’t have solid footing in a foreign country. After a time though, you can easily become self-employed or start your own business, possibly enabling you to pursue what you’d like in the location that you’d like.

Alex Pejak is an economics graduate with a bachelor’s and master’s degree in Finance and Banking. After her studies, she spent a year searching for internships when she landed an opportunity to do an internship in Brisbane (Australia), where she has decided to stay and build her career.

One Response to “Some of the top career opportunities in Australia”