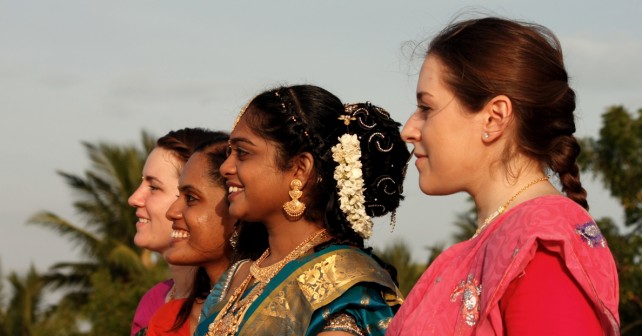 “In just over a year and a half, I have taught over 300 students English, started a non-profit organization, secured schooling for 50 students in Tanzania, and started a graduate program at New York University”

In 2012, I graduated with a BA in International Affairs from the George Washington University, with a dual concentration in Africa and Contemporary Cultures and Societies, and a double minor in American Studies and LGBT & Sexuality Studies. In 2011, While I was in college, I took Swahili language courses at Howard University, and studied abroad for 5 months in Mombasa, Kenya. I had a feeling that my life’s passion would soon become East Africa, but it wasn’t until I was living in Mombasa that I knew that to be true. As soon as I returned, I was already pining to go back.

I spent the fall of my senior year searching online for different organizations that could bring me back to East Africa after graduation, and was actually referred to WorldTeach by a friend who was a Teach for America recruiter because I had mentioned an interest in education/teaching abroad. I checked out the website, saw they had a program in Tanzania, and was sold. In fact, I applied the very next day!

After I accepted my position as a WorldTeach Tanzania 2012—2013 volunteer, I immediately set to fundraising through a project I called Tanzania 365. I raised enough money to cover the costs of the program, as well as $500, which I used to buy school supplies for my future classroom. I blogged anywhere between 2 and 5 times a week leading to my departure, and it was a great way to get everyone interested in my year of service before I got to Tanzania, and kept me enthused about leaving!

Once all of the volunteers arrived in Tanzania, we met with our Program Director and hit the ground running. Two weeks of orientation and teaching training, and then I was on a 36 hour bus heading Westwards towards my new site with my new roommate. Once I arrived in Ngara District, everyone was so welcoming, and I felt immediately at home. I was scheduled to teach English to all of Form 1 – about 150 students (separated into three different classes). The strangest thing about teaching at my school, which I later found out is how most classrooms in Tanzania operate, is that the students stay in their classroom all day, while the teacher moves from room to room. This was at first a little tough because I really wanted to decorate a classroom (hanging maps and pictures and vocabulary cards on the wall), but I quickly got used to running from room to room with all of my supplies in hand!

All of my students were well-behaved; I never had any behavioral issues in my classroom. In fact, we just had a whole lot of fun…while learning of course! I would fill up the chalkboard with notes and exercises, and they would frantically copy everything into their exercise books. It took a little bit of time for them to start raising their hands and participating in class, but once we got the ball rolling, class was very interactive and our double class periods flew by. 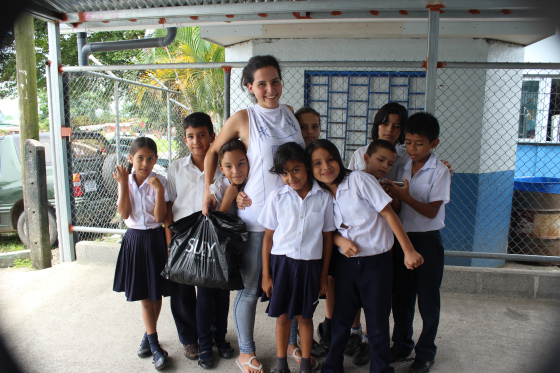 As for living in Muyenzi, my school had given my roommate and I the headmaster’s house, so we actually lived in the nicest home in the area. We had three bedrooms and a stoned in courtyard that had a cooking room, a water storage room, and an outdoor toilet and shower. There was no electricity or running water, but students would carry buckets of water to our home for us (we were so lucky!). We were also given a $200 monthly stipend, and it was amazing how far $1 could go. Though we lived ‘simply’, our standard of living was leaps and bounds above most others in our community.

Because I spent so much time on campus and with staff-members of my school, I quickly realized that students had a hard time paying for their secondary school education. The costs of attending secondary school are relatively high for community standards, about $50 USD per student per year. On top of school fees, students were required to buy notebooks and pens, and their school uniforms. As a result, most students and their families pay the cost of a year piecemeal – making it tough for the administration to make a budget, and hard for students as they regularly would be singled out during assembly, beaten, and then sent home (I should mention here that corporal punishment is practiced in Tanzania, and is legal).

It broke my heart when I saw students coming back day after day only to be sent home for not having enough money to stay in school; and sometimes, some of them left and never came back. It occurred to me that starting a scholarship fund might be a great way to make a difference in the community, but because I’ve studied a lot about good aid vs. bad aid, I wanted to talk to different people in the area to get their take on it, and to help me think of a way to be both sustainable and impactful.

After deliberations and talks, The Nyota Fund was born. ‘Nyota’ means ‘star’ in Swahili; symbolic of the stars I hope my students aspire to be, and a hat tip to the absolutely astounding night skies Ngara District graced me with each and every night. The Nyota Fund is a registered non-profit organization in the state of New York which provides full 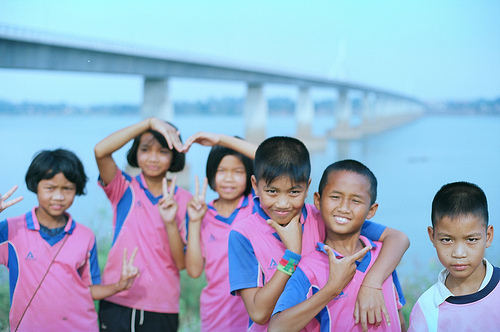 academic scholarships to 50 students in Tanzania’s Ngara District. Our “Nyota Scholars” were selected by committees assembled within their schools and guided by our staff person on the ground, Josias, for their high academic potential and dire financial need. We specifically target students who have already shown high marks in their classes, who are recommended by the teaching staff, and who are interested in careers which give back to their communities (nurses, teachers, doctors, policemen etc). Selected students are guaranteed funding for their education for as long as they can produce the grades for – whether that’s to Form 4, Form 6 (finishing school after high school), University or a training college. Our hope is that students who are driven can reach their dreams regardless of their family’s financial standing. While we currently work on a small scale, we hope over time to become part of the local fabric and make waves much larger than just a few scholarships.

It’s amazing that in just over a year and a half, I have taught over 300 students English, started a non-profit organization, secured schooling for 50 students in Tanzania, and started a graduate program at New York University in Social and Cultural Analysis. I am excited to start planning my return trip soon, and will forever hold my experience abroad, and more specifically with WorldTeach, next to my heart indefinitely.

Benefits of teaching with WorldTeach in Tanzania: