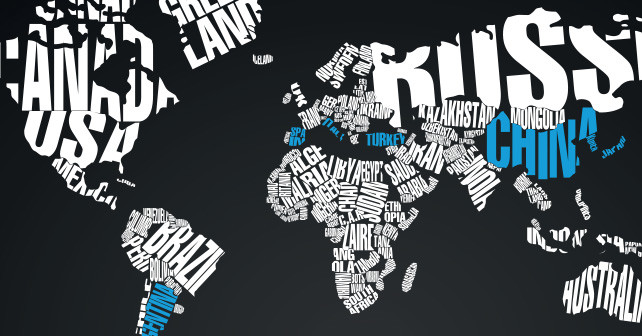 So, you’ve have had an awesome experience living, studying, and traveling abroad, and now you’re ready for more. Great! As an English speaker, you can get paid to live and teach English in dozens of countries around the world in Europe, Asia, Latin America, and the Middle East.

But where to teach?

Here are some top destinations for teaching English abroad based on the size of job markets, and in some cases, the ability to make and save extra money for paying off student loans and funding extra travel.

Spain – From the bustling thoroughfares of Madrid and Barcelona to the grand medieval cities of Toledo and Al Hambra, Spain is a dream destination for many. It is also one of the largest job markets in Europe for teaching English. Each year, the Ministry of Education recruits more than 1,000 Americans and Canadians to teach in public schools and thousands of private language schools and institutes hire English teachers as well.

Italy – Want to live in Rome or Milan, learn Italian, or delve into the splendors of the Renaissance? Italy is another top job market for teaching English in Europe.

Turkey –Turkey offers the mystique and allure of the Middle East combined with cosmopolitanism of Europe, particularly in cities like Istanbul, which LonelyPlanet.com recently dubbed the “world’s hippest city.”

Japan – From serene Shinto shrines and centuries-old sake bars to robotic technology and 300 mph bullet trains, Japan offers a cultural experience quite unlike any other. Each year, tens of thousands of foreigners teach English in Japan in both public schools and private language institutes. While the cost of living is high, most teachers make enough to save upwards of $500 a month after expenses.

China – More than 300 million Chinese citizens study English, making China hands-down the largest job market on earth for teaching English abroad. Those teaching in China often receive free airfare and housing and make enough to save up to $500 a month after expenses, all while discovering the ancient heritage and modern vitality of one of the world’s most important and fascinating nations.

South Korea – Want to live in a high tech Asian nation with thousands of years of history, modern cosmopolitan cities, vibrant popular culture, and great barbecue to boot? Roughly 25,000 foreigners are employed to teach English in South Korea every year, and virtually all of them receive free airfare and free housing and make enough salary to save upwards of $10,000 during a year of teaching English.

Argentina – Buenos Aires is not only the city of the tango, rabid soccer fans, and grand Art Deco architecture, it is also one of the largest job markets for teaching English in the Western Hemisphere.

Costa Rica – Though small in size, this beautiful tropical nation is one of the top job markets in Latin America. In addition to extensive English teaching jobs, Costa Rica offers a low cost of living and a perfect environment for learning Spanish.

These are just some of your top options for teaching English abroad. Other major job markets range from Brazil, Chile, and Mexico in Latin America, to Germany and Russia in Europe, and fantastic Southeast Asia nations like Vietnam and Thailand.

To learn more, go to the International TEFL website www.InternationalTEFLAcademy.com/LASA to download a free brochure and country chart which compares teaching English in 50 countries around the world, including salaries, hiring requirements, and interview procedures or call 773-634-9900.

John Bentley, a Harvard graduate who grew up in Egypt and has traveled to 55 countrioes worldwide, is a Senior Admissions Advisor at the International TEFL Academy, which certifies more than 1,200 people a year to teach English abroad and provides lifetime job search guidance to all students and graduates.

One Response to “Top 8 Countries for Teaching English Abroad”