Life and Learning in Hungary: A Teaching Experience 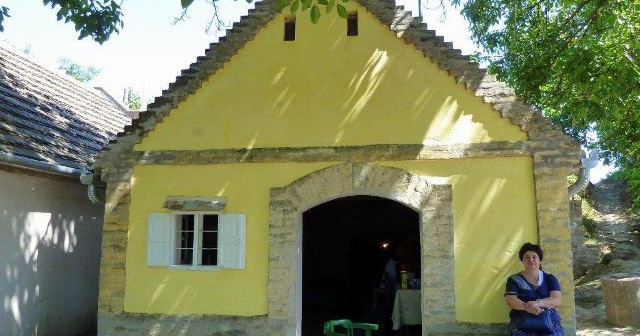 Several years ago, I was in state of deep frustration.

I longed to teach English in Europe, but no schools were willing to jump through the EU’s stringent hoops for me to work legally—despite being armed with a BA, an MA, an elementary school state certification, plus a TEFL certificate. To top it off, for the past two years I had been the lead ESL teacher for a small organization that taught English as a second language to Japanese students doing six-week homestays in the US to practice their English.

In my research for some means of teaching in Europe, I happened upon The Central European Teaching Program, which at the time was headquartered at Beloit College in Wisconsin.  CETP placed teachers in Hungary, and although I had never been or even had the country specifically in mind, it sounded darkly romantic. However, upon seeing the substantial program fee, at first I wasn’t interested. When all other avenues failed though, I decided to go with CETP despite of my initial hesitation.

That summer CETP took care of my documents, connected me with the lead English teacher at my future school, and sent me loads of information about Hungary. When the big day arrived, CETP’s Hungarian director herself, Hajni Vancsik, greeted me at the Budapest airport (at the time called Ferihegy, since then renamed as Liszt Ferenc).

That evening, as we walked through the heart of Budapest on our way to the welcome dinner, I realized I had inadvertently signed on for what already appeared the perfect place with the perfect organization.  It’s one thing to travel independently—and I had done plenty of that—but working and living in a foreign land takes support. Hajni’s caring and energetic nature greatly lessened my fear about the coming year. 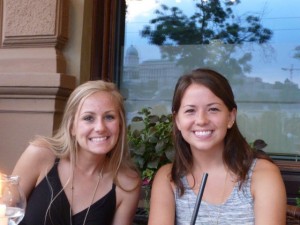 Two of our teachers at a welcome dinner–you can see the reflection of a castle behind them!

Before departing for Kalocsa, my small town in southern Hungary, we had six jam-packed days of orientation in Budapest. Crash-course Hungarian language lessons, teaching ideas, Hungarian cultural and historical background—my head buzzed with everything I was learning. By night we went out as a group to dine, drink, and even attend a showing of La Boheme at the magnificent Budapest opera house.

At the end of orientation, teachers from each of our schools arrived to drive us to our new homes. As we sat with our luggage, waiting, we felt a little like orphans wondering if the person who just drove up could be our new “mom” or “dad”.

When we arrived in Kalocsa, a small Baroque city with a population of 20,000, a welcome party greeted me at the door of my new apartment.  The head of the English department, the art teacher and his wife (they owned the apartment) and the school director (principal) all enthusiastically showed me how to unfold my hide-a-bed, light the gas oven (which made such a poof! that I never lit it again during the entire year) and proudly brought out a small dirt bike for my riding pleasure.

As it was Sunday, the stores were closed so the school staff took me to a small mini-mart to buy some essential supplies to see me through till the next morning. Afterwards we went for lunch at a csarda—a traditional rustic inn serving home-style cooking.

When lunch ended, I was alone for the first time in a while.  I ambled about the town, exploring what was now my new hometown away from home. What struck me most was the small hardware store near my flat; one of the display windows was comprised entirely of balls of twine. Suddenly missing beeping forklifts at Home Depot, I felt a million miles from home.

That evening I phoned my fellow CETP teachers who had gone to their own respective communities. Everyone but me seemed to be having a wonderful time with new Hungarian friends and I suddenly felt incredibly lonely. As I clicked through TV channels in search for something in English, the bell at my gate buzzed.  When I went to open it, a man and young woman stood outside with a bowl of apples—the assistant director and his teenage daughter, who spoke English. They were the perfect answer to my emotional doldrums. After their visit, when they had left, I knew I would be OK.

Life and Explorations in my Hungarian Home

Several days later, following a very formal opening day ceremony, I began my new Hungarian teaching career.  My students were 5th-8th graders and most had a basic to excellent background in English.  Traditionally, students in Hungary have been taught in a rigorous, Prussian-style education system, and are thus very well behaved.  Only one class made my stomach churn, but I found it was the wildest class that I actually looked forward to most. 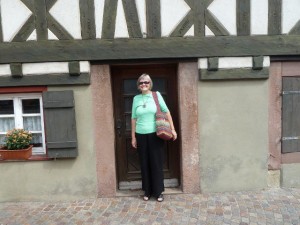 A trip in Germany last year prior to orientation.

There were many school holidays in which to explore Hungary’s delightful cities and villages. During my year abroad I discovered that each September Kalocsa hosts “Paprika Days” complete with folk dancing and stalls selling traditional arts and foods.  Budapest has a fabulous wine festival; Bekescsaba, a sausage festival, and local festivals abound throughout the country. Since Hungary is the size of Indiana with excellent public transportation, it was easy to get around.

For longer holidays, seven bordering countries beckoned.  During the weeklong fall break the end of October, we visited Transylvania and stayed with local families. Since CETP teachers receive two days off to celebrate American Thanksgiving, several of us spent those days in Vienna.  The two-week Christmas break allowed me to travel back home to Oregon in the States, but many teachers stayed or visited Italy, Spain, or other nearby European destinations. During the weeklong Easter break, a few of us visited the Dalmatian Coast of Croatia, and when school was out mid-June, we stayed in a farm B&B in the mountains of Slovenia.

Since Beloit College dropped the program at the end of that school year, when I returned to Portland in July, I took on a new job—director of the Central European Teaching Program. Now, together with our Hungarian director, Hajni Vancsik, I run CETP.  We have grown from a small organization to one providing teachers to roughly eighty public and parochial school (elementary to high school) throughout Hungary.

We seem to be doing something right because the majority of our teachers stay for two years—and some for a lifetime!  After 11 years, we place about 80 teachers annually rather than the mere dozen when I first started teaching. To teach and witness some of Hungrary for yourself, email Mary at mary.cetp@gmail.com or check out CEPT.

Mary Rose is not your typical young adventure-seeker, especially she had never traveled overseas until she was 44-years-old. Even then, she was unstoppable!  Her first trip abroad was to pre-Olympics Korea at a time when nothing was yet written in English, thus instilling confidence in her and inspiring her to take on the world. After a few trips to Europe and a hankering to be more than a tourist, Mary signed up to teach English in Hungary through the Central European Teaching Program.  Today she is the director in partner with the Hungarian director, Hajni Vancsik.

When not answering emails, she spends time with her six grandchildren, gardens, and writes children’s novels. She also enjoys taking lengthy walks with her dog, Charlie Project, every day.

No Responses to “Life and Learning in Hungary: A Teaching Experience”