We have carefully crafted a series of Top Tens to help making any decisions about where to go and what to do easier.

1. England
With a vibrant culture and a shared language, England is far and away one of the most searched for countries in terms of internships abroad.  Whether you’re trying to get an internship with a corporation in London or a small business in Manchester, England has it all for those looking for an easy transition and a priceless internship

2. Spain
With the ever-growing metropolis of Barcelona and the bustling hub that is Madrid, Spain comes in second on this list.  With Spanish growing rapidly as a language around the world, more and more are looking to improve their language skills while gaining valuable experience.

3. France
Being one of the oldest world leaders out there definitely has its advantages, and France makes the most out of it by coming in third on our list.  With Paris being a lead global city with one of the highest GDP’s in Europe, France is a premier destination for those looking for an internship with a leading, international company.

4. China
By far one of the largest and fastest growing economies in the world, China is fourth on here.  Interns have the opportunity to learn a language spoken by one fifth of the world’s population and have their choice of amazing cities to live in.  From the dynamic metropolis of Shanghai to the capital of Beijing, there’s no doubt that China is an fantastic place to land an internship.

5. Canada
Just like England, Americans are drawn to Canada because of the shared language factor.  Also, Canada is America’s neighbor and super easy to get back home if you need to.  Many interns also search for placements in Quebec since learning French can play a big factor for those who can’t afford the Parisian lifestyle.  Finally, Canada is the size of the US, has big cities, but also features some of the most beautiful natural landsape in the world.  Now who wouldn’t want to get out of their internship for the day and go see some Canadian Rocky Mountains?

6. Germany
One of the leading economies in the European Union, and having an incredibly high number of English speakers puts Germany at number six.  With a strength in engineering, economics, and informational technology, Germany is a huge attraction for those brainy interns with little prior German experience.

7. Australia
Apart from having no language barrier, Australia is draws interns from all over the world for its diverse culture, modernity and it’s beautiful nature.  With its proximity to Asia, the Pacific, and New Zealand, Australia is the perfect place for an English speaker who is looking to get to a fascinating place on the other side of the world. 8. Italy
From pasta to pizza to Rome to Sicily, Italy is the perfect place for those looking for an internship in a first world country while learning a beautiful language. It’s also great for those who need a sharp distinction between work time and play time. This is exemplified by the Italian saying Il dolce far niente or the sweetness of doing nothing.  So beyond the plethora of other reasons that Italy is amazing, we have the birthplace of Western Civilization at number 8.

9. Japan
The land of the samurai, anime, and innovative technology comes in at number nine on our list of most searched for countries for internships.  Whether you’re looking for a placement with a diverse history and a proximity to the rest of Asia or an internship with the ‘next’ big tech, Japan is the place for you.

10. New Zealand
A beautiful country, albeit small, New Zealand offers some pretty cool internship placements even if it doesn’t feature as many choices as a mainland country.  Even so, New Zealand comes in strong at number 10 with a gorgeous countryside and a internationally supportive workplace. From the Lord of the Rings landscape to a delicious cuisine, New Zealand is an amazing and unique place to get an internship.

1. China
It’s easy to see why China comes in number one on our list as it has the largest job market for English teachers in the world.  They literally hire throughout the year and most interviews are done over the phone or email.  Sometimes, even airfare is paid for to China.  With about three hundred million people learning English in China, there’s no doubt as to why China is the most popular country to teach in.

2. South Korea
As one of the strongest teaching markets in the world with some of the best benefits, we have South Korea at number two.  According to International TEFL Academy “In most cases, airfare is reimbursed, and South Korean schools typically provide free housing. A typical contract offers a free return flight, paid vacation and 1 month salary bonus (around $ 2,000 USD after 12 months.)”  Thus it’s pretty easy to see South Korea’s place on this list.

3. Japan
With one of the longest traditions of hiring English teachers in the world, Japan is an easy number three.  With English being a mandatory course for Japanese children.

4. Taiwan
With jobs pretty much available year-round, Taiwan is an excellent choice for any potential teacher looking to go abroad.  Most teachers have to pay for their own airfare and housing, but with many placements offering a generous salary a teacher can easily save a bit of cash per month.

5. Thailand
While most teaching jobs in Thailand are provided through private schools, most teachers can still find placements throughout the year.  With interviews being done in person, there are still some that are done electronically.  Thus at number five, we have the land of curry, Buddha, and smiles.

7. Mexico
The Spanish speaking, southern neighbor to the United States boasts a fairly strong job market for English with opportunities usually open throughout the year.  Because most schools offer a good hourly wage at twenty to twenty five hours a week, most teachers can afford a comfortable lifestyle and travel a bit.

8. Saudi Arabia
At number eight, we have a surprise contender in… Saudi Arabia!  Boasting a great $1,500 to $3,000 tax-free salary a month with included airfare, housing, and health insurance, Saudi Arabia might be one of the most comfortable places to teach abroad.  However, it does have a somewhat restrictive society and those thinking about teaching there must be aware of those consequences.  So, just as with any country, Saudi Arabia has pros and cons and those thinking about going there just have to weigh what’s most important them.

9. UAE
Just like Saudi Arabia, the United Arab Emirates offers great salary and other benefits, but has the drawback of having an extremely competitive job market.  This competition is created by the fact that Dubai and Abu Dhabi are pretty attractive places to the average Westerner given all the amazing architecture and shopping.  Finally, spring and summer are the best times to look for placements as the school year usually starts around August.

10. Vietnam
Coming in at number ten, we have Vietnam, the last but certainly not least of our most popular countries to teach in.  With a large and young population, Vietnam’s youth is yearning to learn English and teachers can find placements throughout the year without a problem.  In the end, with a low cost of living and a beautiful culture, Vietnam is a wonderful place to teach abroad. Top 10 | Getting Home: Things that you werent expecting

Travel bug: No longer traveling to a different country every weekend? #BORING

Iced drinks: Now you can have chilled sodas, water, whatever your heart desires #SLUSHIES

Dry clothes: Snuggling up in a pair of warms sweat pants straight from the dryer #AirDryingSucks

Story time: Your story was only funny the first time, your friends who haven’t been there just don’t get it. #CoolStoryBro

Free water: No more paying for water in a bottle, or getting yelled at because you brought your own water bottle. #FreeWaterRocks

Huge cars: What happened to all the little smart cars and public transportation? #GasGuzzlers

English! Hurrah!: You can understand everyone around you now. #EavesDropping

Ah man, I’m not 21! If you’re not 21 yet its illegal to consume alcohol in America #BummerDude

Time to drive: You’re back behind the wheel of a car, so long public transportation #OnTheRoadAgain

New Tunes: Its all new music to you, time to catch up on the last couple months of music and youtube hits. #ThisSongRocks

1. Study Abroad Advisor at a US University 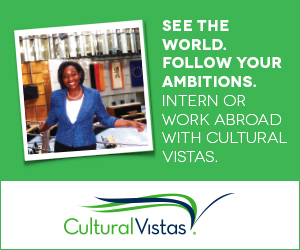