Maintaining Wanderlust: How to Travel at Home 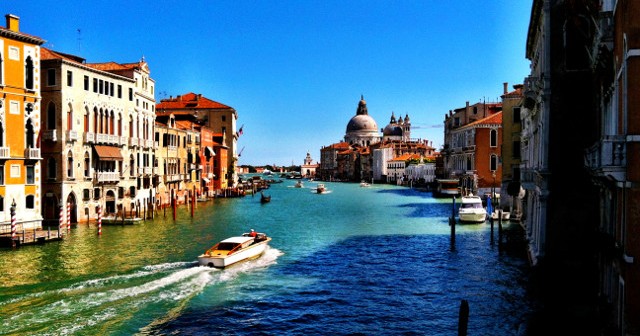 The worst part about studying abroad, by far, is coming home.

I am not the first person to say this, but even hearing it from someone else doesn’t prepare you for the return trip. Your first time abroad—studying or otherwise—could be described as getting sucked up by a foreboding, but ultimately awe-inspiring, tornado. While whipping around the inside of the tornado: you become exposed to foreign cultures, begin saying thank you in different languages, and discover a greater sense of self. Sadly all tornados spin out, and you are unceremoniously dropped right back in Kansas.

However, it’s only when we are all back in our own personal “Kansas”, that we realize we have stepped on the rusty nail of traveling during our time abroad—and instead of getting Tetanus we have developed Wanderlust. Wanderlust isn’t fatal; it is chronic though. It is the desire, or rather the need, to travel, to be a foreigner, to immerse oneself in a new place until a small bit of you remains even after you leave…too dramatic? Frankly, Wanderlust is a beautiful thing if the causal trip to Prague for the weekend is an option. When it is not, wanderlust can rear its ugly head and turn into a voracious hunger that is hard to feed by being stuck at home.

Now, I could just tell you to just go back abroad and call it a day—but that would be rude since it’s not that easy. Instead, I have a few tips to help you satisfy your innate desire to travel while living at home. Be warned that some of this advice isn’t very out of the box, and you even might find it fairly obvious. My end goal isn’t to list all the interesting things you can do in your own backyard; for the majority of you reading this I have never even seen your backyard. What I want is to help you begin to re-see what you have always known, to see the familiar through the eyes of a traveler. 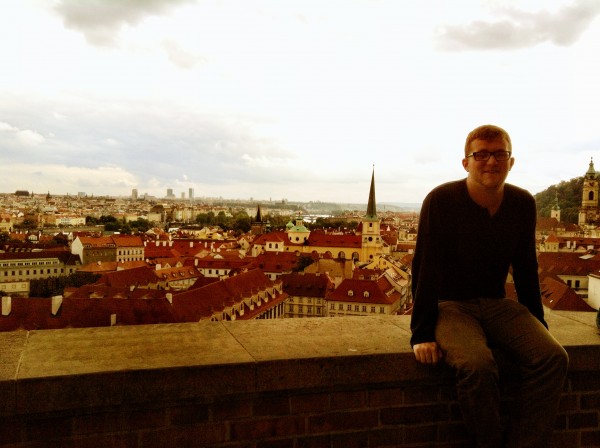 An easy way to start re-seeing the familiar is to try an adopt into your routine a cultural pattern, or mentality, of the place you studied, like Costa Rica’s Pura Vida or France’s Café culture. I particularly enjoyed the mentality of the Brits I worked with in London, as well as, the English Pub culture. Unfortunately, the relaxed office nature of the Brits isn’t compatible with America’s hyperactive work mentality, and American’s don’t drink like the British for that matter. Yet, being rather determined, I have managed to find a few pubs authentic enough to quell my expeditious nature, and depending on the night I can hear a range of familiar accents.

Keeping in trend with tip one: preserve a few of the daily activities you loved abroad, just with a local twist. When you live abroad public transit, for better or worse, becomes your best friend. While I was studying in London one of my favorite, if not my favorite, daily activities was taking the Tube. Most Londoners scoff at the notion of enjoying the Tube, but for myself it is Heaven on Earth for people watching. Back home, living just outside of Boston, I jump at any opportunity to ride the T into the city. I know, I know, the T is rubbish compared to its English cousin; however, when I am chugging along the tracks I enjoy each ride with as much excitement as I did in London. Weird? Well, don’t nock it till you try it.

Reach out to your local international and expat community; this is far easier if you are living in a city, near a city, or still on a college campus. Regardless, it can be done and is a wonderful way to maintain your in-transit needs. Begin by scoping out where some of the international hot spots around your community are. It could be a specific bar, part of town, or there might be a Hostel near you—a rarity in the States. If I ever come across a foreigner clearly confused, fumbling around with a map, on the corner of the street I help them. More recently I discovered the website Vayable.com, it is kind of like an Etsy for tour guides. Vayable is an online platform that allows local Insiders to curate, sell, and guide their own tours to incoming travelers. It also never hurts to make a bit of extra income.

Certainly, if after trying these exercises the Wanderlust is still just too much to handle and you must get back overseas ASAP, go. There are plenty of routes to take, many of which are mapped out in numerous articles on LifeAfterStudyAbraod.com. For myself, I went backpacking after graduation and now working on landing a job teaching English aboard. If you do choose to go backpacking I strongly advise you to go within a year of graduation, that way you still have a disposable income and no student loans to pay. Nevertheless remember, whichever way you end up connecting with internationals in your neighborhood, their excitement for discovering your hometown will enviably rub off on you and illuminate things you haven’t seen before. Also! You could possibly gain a place to crash at your new friends house…in their home country.

Conor Leddy is a UMASS Amherst alum and currently finishing up a Graphic Design program at the School of Museum of Fine Arts, Boston. While at UMASS Conor studied in London during his senior year, a transformative trip, as it is for most, Conor vowed to return. A year, and a graduation later, he was boarding the plane for his own backpacking quest, hitting eight countries in five weeks. A self proclaimed Vagabond, Conor is constantly building his next itinerary and has set his sights on teaching English is South Korea.