Bilingualism: Preparing for the Future 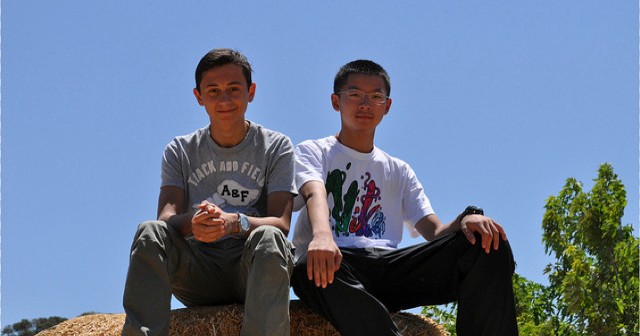 One of the best ways to secure your future in terms of your career, your finances, and even your health and well-being is to learn to speak a second language.

Bilingualism offers a wide range of benefits, regardless of whether you start to learn a second language as a child or as an adult. While some language choices may be particularly advantageous (for example, in business: English and Chinese) studying any second language will still reap rewards.

If you can speak more than one language, your world is apt to open up in terms of career choices. Not only does it become easier to travel abroad for work, you can even better consider moving internationally and finding a position overseas.
Many businesses now have investments abroad or purchase products, services or supplies from overseas countries. If you can communicate in the language of your business partners, you are not only likely to have more successful communication, but you are also more likely to get a better deal.

One good example of a country that is now heavily involved in overseas trade is China, which has the second largest economy worldwide. Due to this, any knowledge of the Chinese language can be extremely helpful for those in business.

Learning any new skill, at whatever age, is good for brain development. Research has shown that skill development helps the brain retain plasticity, or the ability to reorganize its neural pathways. These long lasting changes in the brain can occur when we memorize information or learn something new. For example, when we study a new language it expands our cerebral cortex, which is the area of the brain that controls planning, reasoning and memory.

Learning a language involves memorizing huge amounts of information in the form of vocabulary and understanding how to integrate this into the rules of grammar and sentence structure. If you are learning a new alphabet, for example changing from a European language to an Asian one, your brain is also required to recognize and remember a whole set of new characters.

Scientists studying Alzheimers and dementia have established that learning something new does have a positive impact on slowing the rate of these diseases. When they compared people who speak one language, against those who spoke two or more languages, the average age people in the first group showed early signs of dementia was 71.4, while it was 75.5 in the second group.

The very fact that you want to learn a second language means that you are open to learning about other cultures and other people’s viewpoints. This is increasingly important in a globalized world. When you are traveling abroad you will learn much more about the country and its people if you can speak their language. It also gives you the ability to share with people you meet, something of your own customs, culture, and way of looking at the world.

As an added benefit, for those looking for love, bilingualism has been shown to improve your success on the dating scene. Not only is being able to speak two languages seen as an attractive skill, but it also gives you the opportunity to meet and converse with a wider group of people.

Whether you are travelling for business or for pleasure, the journey is certainly easier if you speak the language of the country you are visiting, even if it is at a rudimentary level and you are far from fluent.

This is important for everyday tasks such as ordering food, going shopping and chatting with new people you meet along the way. It becomes all the more important if you run into any issues, such as illness, lost luggage, or a missed connection.

Anyone who speaks more than one language is aware of the need in their own mind to switch between two sets of vocabulary, grammar and sentence structure. As you become increasingly fluent in the new language, this becomes less obvious to you, but it is still very much a part of the process.

This mind ‘switching’ improves your capacity to multi-task and to think at higher speeds. Research has shown that this ability doesn’t fade with age either. Even those who learned two languages as a child were still reaping the rewards of that learning, long into older age.

Being bilingual means that you appreciate the nuances of language and the varying shades of meaning that can arise. This increased level of understanding means that you are more keyed in to things happening around you, and acting upon them if necessary. A University in Spain, Pompeu Fabra, carried out a study which showed that multilingual people scored higher in observation of their surroundings. This in turn meant that they were able to focus more quickly on what was relevant and could spot any misleading information.

Children and adults who learn a new language have to tune into unfamiliar sounds and tones to be able to replicate them. This improves concentration and makes people better listeners. This is effective not only while they are learning the language, but also in their everyday lives, learning to listen more fully and in an engaged way to those around them.

When you learn a new language it gives you a better appreciation of your mother tongue. Most of the time we don’t give a second thought to how we are using certain words or forming a sentence, but when we learn unfamiliar grammar, we think again about how our native language is formed. This has the potential to make us not only skilled in the new language we are learning, but in our first language as well.
Around the world speaking English has a definite advantage, an advantage which over 30% of the world currently shares. It is beneficial to speak English in your career as it is the mostly widely used language in business. It is also the dominant language on the internet and it gives you access to a wide range of culture: including books, films, theatre and music.

Based in Hertfordshire, England, Helen is a keen blogger in the area of business and digital marketing. She writes on behalf of Asian Horizons, who provides luxury escorted tours all over the Asian continent, including China, Tibet, Philippines and many more popular tourist destinations. Outside of work Helen likes spending time with her family and friends.