6 Moments I Had When Returning from Abroad 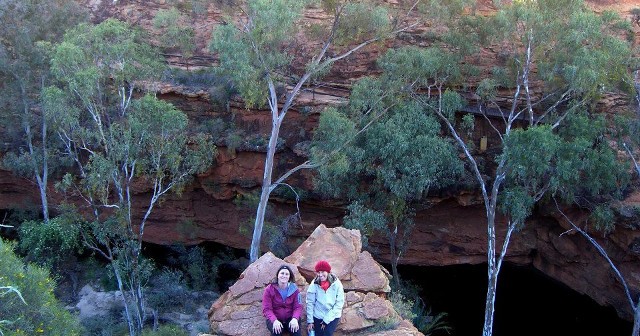 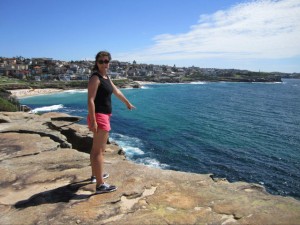 I fell in love with Australia while studying abroad during my junior year of college.  Upon returning from the semester away, I had the realization that I wanted to return to the country and live and work there for at least a couple years for the experience of living abroad in a more long-term capacity.

Fast-forward four years and another hemisphere later, after my time Down Under I made the decision to return to the United States this past summer. I moved from Sydney to Chicago and started an exciting new job in international education with The Education Abroad Network (TEAN).

Personally, though it was still undeniably present, I had once found the initial culture shock of moving to Australia actually quite subtle. It really wasn’t the tidal wave of hard-hitting change I had expected upon entering the country, but rather, more like a collection of small ripples in the water that gently moved and shaped me gradually over time.

Consequently, the waves of reverse culture shock I experienced in moving back to the U.S. were far worse.

In coming home I felt far more out of place and uncomfortable than I had ever expected. When I moved to Sydney without knowing anyone, I knew I was putting myself out there. Moving abroad was meant to feel a little different and be a completely new experience for me, so my expectations were managed. Moving back, I felt that I should be well prepared to adjust to a new city in the US. I think this assumption was part of the reason I felt the reverse culture shock.

1. Learning how to be a “Grown-Up” again

A lot of the first time experiences a recent graduates have, such as paying rent and starting your first full-time job, I experienced for the first time while abroad. For example, besides my on-campus apartment in college, I had yet to find accommodation and pay rent in the United States.  I had several leases and apartment searches (which is actually quite the challenge in Sydney) while abroad, but even still, upon coming I felt there were some things I needed to relearn.  For example: how important was my credit score? How much should I be saving for retirement?  How does the real estate market work here? It’s been somewhat of a weird frustration, because in returning I’ve suddenly felt as though I’m starting from square one and that my past efforts aren’t being considered.

2. Free Breadsticks for Everyone

I ordered a salad one of my first weeks in Chicago and the girl at the cash register told me I got a free breadstick. I was so excited—something for free? It had been awhile since that happened. Oh and free refills on drinks? Plus free ketchup (tomato sauce) packets with those chips… I mean fries? I was suddenly living the American dream (I’m partially kidding, but when these things happen to me, I want to tell everyone about it). I returned to my office and proudly announced that my salad came with a free breadstick. Another funny outcome of being away for so many years is that I today can often taste the sugar in American bread. It was always something that my Australian friends had always complained about, but I never quite believed it until now.

3.  Forgetting your Own Story 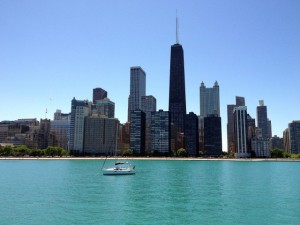 When I was in Sydney meeting my new people, I felt that it was fairly easy to introduce myself; I was a Midwest gal who moved to Sydney and that was my story. It almost helped explain to people who I was before I said anything else about myself. Now back Stateside I flounder occasionally when asked to introduce myself. I still most definitely identify with being American, but I haven’t been in Chicago long enough to really identify with being with “from here”. Likewise, for years I haven’t been back in my hometown in the suburbs of Cleveland where I grew up. I went to college outside of Columbus, Ohio and while that still feels like another home to me, that’s a lot to explain to a stranger in a 30-second elevator pitch.

4. Being Direct with Requests

I’ve never been overly direct in my personality, but I swear my time in Australia made me all the more soft-spoken. I have taken what I consider to be a more Australian approach and viewpoint with things such as customer service. In my experience, tipping culture in the United States allows you to be more straightforward with requests in some ways. A few weekends ago we went for brunch and there was a wait to be seated. We put our name down and after a good while realized that people who had arrived after us were being seated. Upon going up to check on the wait time I discovered we had accidentally been crossed off the wait list. The host apologized and took us to a table outside. It was cold and we wore our jackets and gloves through brunch, but went without saying anything. Though miserable ourselves, we were more concerned with putting someone else outside if we demanded to be moved inside, by either inconveniencing the busy staff or cutting in front of others who were still waiting for tables.

Everything about coming back to the U.S. suddenly felt like a trade-off. The things I had missed (foods, people, the lifestyle, etc.) I suddenly have back again, but now I’m missing a whole new set of things I had become accustomed to. Above all, I have been lamenting the loss of options for a good Laksa and other varieties of Asian foods that Sydney did so well. Some things (that I thought I missed) were disappointing as well and certain foods don’t taste the same to me anymore–such as my sugary bread situation mentioned previously.

6. How Things Work in America

I feel like I spent a lot of time in Australia answering questions about where I came from and telling my Australian friends what I thought I knew about American culture. Honestly, I could have been making it up half of the time—it was typically just sharing my own experiences and perceptions of my culture. Now that I’m back however, I find that I’m still often explaining the Whys and Hows of “how things work in America” to visiting friends and my Australian boyfriend, yet I still have no idea if I’m right half the time. Living abroad certainly makes you examine your own culture just as much (if not more) as your host culture. 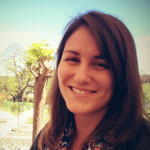 Hannah DeMilta is the Outreach Manager at The Education Abroad Network (TEAN) who specialize in the Asia Pacific Region with semester, summer and internship programs. She is a graduate of Otterbein College and a TEAN program alum who studied abroad on the Gold Coast of Australia. Hannah is originally from Cleveland, Ohio but moved to Sydney after graduation to pursue her career in digital marketing. She is passionate about crafting, laksa, travel, meeting new people and exploring her new city, Chicago. You can connect with her on Twitter or drop her an email with questions or just say hello.

One Response to “6 Moments I Had When Returning from Abroad”