So lost, yet so found 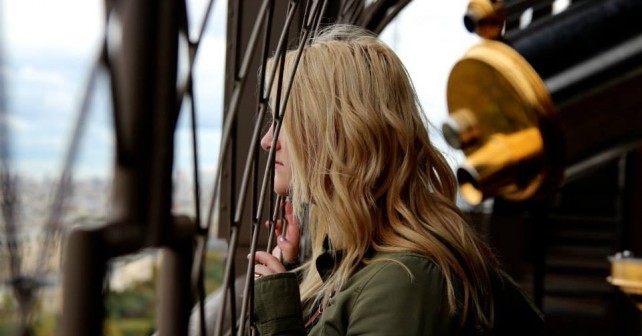 I once heard a quote that said, “Those who live see, but those who travel live” and while I’m sitting here thinking back on my experience abroad nothing really sums it up as well as this quote.

I found a whole new meaning to life while I was abroad.

I was completely and irrevocably changed. When I was abroad something just clicked for me. I grew up in a small town with people who were just like me, people who had known me my whole life. Everything was quiet and safe. I liked it that way and that was all I knew. However, I had always had this desire to get “out there” and “see the world”. Little did I know at the time what that actually meant.

When I was abroad, everyday I was challenged in ways I had never been challenged before. I was around people who were so different than me. Different cultures, different religions, different upbringings. Everything was so different. Yet, those differences made us all more alike. I was in a class where we were put into small groups and I was in a group with ten girls. Ten girls from ten different countries: Russia, India, Argentina, France, Saudi Arabia, Switzerland, Japan, South Africa, Australia and the United States. Here we were, ten girls who all looked different, sounded different and dressed differently. Yet somehow we all ended up laughing, talking about boys, how we felt being in London and sharing similar music tastes. We spend the entire class period like this, not even working on the project we were assigned. I walked away from that class realizing that despite all of these outer differences, we all could not have been more alike. I saw myself in each one of those girls and we were all the same. Traveling makes things like this possible. Traveling has this way of narrowing borders and making people unite on the same level. Traveling is all about experiences like this, where you take a step back and realize how small the world really is and how we are all connected in someway.

Travel has a way of revealing you.

Some people say it changes them and I would agree, however I think it actually reveals who we really are and in turn we think we have greatly changed but that person was inside all along just waiting for the opportunity to be revealed. Traveling is that opportunity. Who you are when you are abroad is who you are meant to be. I have had so many people tell me since I have returned that I am so different. Yes, that is true. I probably seem so different to them, however being abroad revealed who I really was. It revealed this sense of wanderlust within me. I now no longer settle for the way that things used to be. I have seen this amazing world and I want to explore it. I want to live outside my comfort zone and expand the horizons. I want to be revealed each and everyday by new people and new experiences.

The return home has not been an easy one.

I would have never thought the reverse culture shock would be harder than the initial culture shock of stepping into that country. But it is. Everything is different than the way you left it, however nothing has changed. That, I think is the hardest part. Realizing that things that are going to be different simply because you have changed or rather been “revealed” into the person you are supposed to be. I find myself so lost in my small town world. A world that was the one thing that always made sense. I find myself completely lost in all of these things that used to be easy and make sense. However, more than the feeling of being lost I have such a feeling of being found. This sounds so cliché, but it is true. For the first time in my life, I feel like I have a purpose. I have found out who I am supposed to be and I love it. Traveling stirred this passion inside of me that I didn’t even know was there, this desire to live every minute to the fullest. My experiences abroad have forever changed the way I look at life and have given me this new hope of what’s out there! After all, life is either a daring adventure or nothing and I have decided I am going to make it one big daring adventure and you should too! 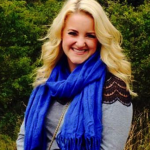 Katlyn Klare is a junior in college who has been bit very badly by this thing we call “the travel bug”.  She took part on an immersion trip to Uganda and spent her fall semester of junior year in London, England. She hopes to spend the rest of her life traveling the world and falling in love with city after city.  Her more realistic plans involve graduating college with a BA in Integrated Marketing and Leadership Development.

2 Responses to “So lost, yet so found”