Cuppa Tea and a Sitdown; My Return from England 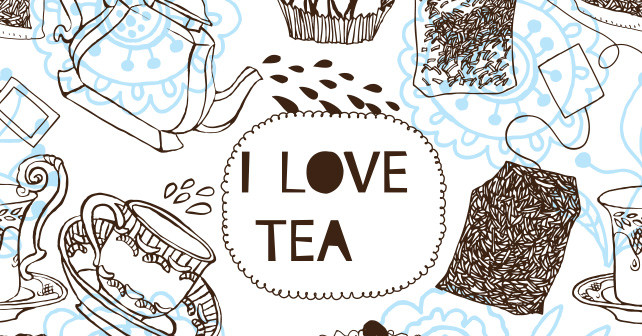 I knew the one thing that would make me feel better would be Dunkin’ Donuts. So I trekked through JFK like a shopper on black friday. I found it. Of course I found it, I was on the east coast now. The hunt was much easier than looking for decent Mexican food in the East Midlands (I had to make it myself). I stepped up to the counter and breathed a sigh of relief. I could do this.

They had red velvet donuts and the kind of coffee I liked. Everything would be okay. The cashier gave me my total, and I smiled the small smile that can only be produced by having exact change.

“Honey, where do you think you are?” The cashier said laughing. I thought maybe I had been daydreaming, so I stared at her for a moment. Then I noticed the money that she was giving back to me. I had shoved a handful of pounds into her awaiting hand, not dollars. This was America. I was back in America. I mumbled a quick ‘sorry’ and looked down, trying to choke down the tears that were burning the back of my eyes. I handed her my debit card, not wanting to dig through my bag for the $10 bill that was neatly folded in a pocket somewhere. And so it began.

It all began with a very loud, very public breakdown on the floor of Heathrow Airport. Well, that is how it ended: the most amazing four months of my life. It ended with me attempting to drown Heathrow with my tears, hoping I would never have to leave. This breakdown, however, was due to stress and thinking I was going to have to pay almost $300.00 to check a third bag that was really a carry-on, but no one seemed to notice. I was upset to leave England; the thought was earth shattering. But at this moment, I had other things, like this baggage problem, to worry about. Shout out to the Delta employee who finally realized that yes, my bag would fit in an overhead bin, and saved my life. You are a hero.

It was the morning of January 5th, 2013. The moment I had been dreading since I had landed at Heathrow a little over four months before. I spent the fall term of my senior year studying at University of Leicester. Studying in England had been a dream of mine since I was nine years old and spent one night in a hotel in London on a layover to Italy. The not-quite-a-day I spent skipping through rain drops and peering through the gates of Buckingham Palace had changed my life. It became an obsession, studying in England. My dream had come true, and like all good things, my dream had come to an end.

On the plane from London to New York, I watched the first 20 minutes of at least seven movies, but I couldn’t concentrate. The American accents of the actors, the plane flying west. It all seemed wrong. It filled me with panic. I had never felt as at home somewhere as I did in England. I knew I belonged there. It is hard to leave a place after you realize that you want to stay there forever. But I got on the plane (so many office betting pools were ruined. No one actually thought I would make it back. Jokes on you, people. No visa means you have to come back), and when the plane landed, I was back on American soil.

Adjusting to being back was hard. Harder than I thought it would be. I only had a few instances of culture shock when I went to England. Some funnier ones include: showering in the dark because I couldn’t find the light switch, not understanding two pence coins, and having a brief moment of fear when a cab driver shouted at me for trying to rip him off because I didn’t know you couldn’t pay for a cab with a debit card. But for the amount of time that I spent in England, I adjusted surprisingly quickly and surprisingly well. Holding my fork upside down and in my left hand made sense to me. Seven cups of tea a day made sense to me. Driving on the left side of the road did not make sense to me, but I wasn’t driving anyway, so what did it matter! America, well, America didn’t make sense to me anymore.

“I was a different person. I had grown and felt more comfortable with myself. I had a new found confidence that I didn’t have in Colorado before.”

A good friend of mine was kind enough to open up her home to me when I first arrived in England, and then again at the end of my stay. One very valuable thing I learned from staying with her was something that her mother told me. Everything can be solved by just stopping whatever it is you are doing and having a cup of tea. Stressed? Have a cup of tea. Upset? Sit down, have a biscuit, and have a cup of tea. Lost? Ask for directions, find a cafe, and have a cup of tea.

I drank a lot, and I mean a lot, of tea when I first got back to Colorado. Why weren’t people lining up so nicely anymore? Why was everyone so loud? Which way do I look when crossing the road again? Wait, you mean I have to drive? Cup of tea. Cup of tea. Cuppa tea. Cuppa.

I was sad when I got back. Really sad. But it was the kind of sadness that you can’t recognize right away. Maybe you think you are tired or hungry. And it’s the type of sadness that sticks with you. There were things that made me happy about being back in Colorado. Faces I hadn’t seen since the weather was still warm. No exchange rate. Burritos. I had changed, though, while I was gone. I was a different person. I had grown and felt more comfortable with myself. I had a new found confidence that I didn’t have in Colorado before. New words were added to my vocabulary. New clothes were added to my closet. I needed to figure out how to find a place for the new me in my old home. I am still trying to adjust. I may never stop trying to adjust. It’s this feeling, though, that motivates me to try and go back. Well, no, not try. Yoda said that doesn’t exist, right? It motivates me to go back. Sooner rather than later.  In the mean time, I look both ways, twice, before I cross the street. Yes, even when it is a one way street.

It’s okay to be homesick for a place that you never thought you would call home. It is okay to to still refer to trash cans as ‘bins’ and sweaters as ‘jumpers.’ It is okay to be sad, but it is also okay to be happy. These are things that I didn’t think about when I first got back. These are things that I constantly remind myself of when I sit down to my third cup of tea for the day. Location is a temporary thing, and I’m not stuck anywhere. There are planes to London every single day, and quite easily, I could be on one of them. That right there, that is a comforting thought, innit?

Erin Browne, a journalism graduate and blogger, seems to have somehow made it back to America but would like to be sent back to England immediately.

11 Responses to “Cuppa Tea and a Sitdown; My Return from England”