Highland Adventures: My Story of Study Abroad in Scotland 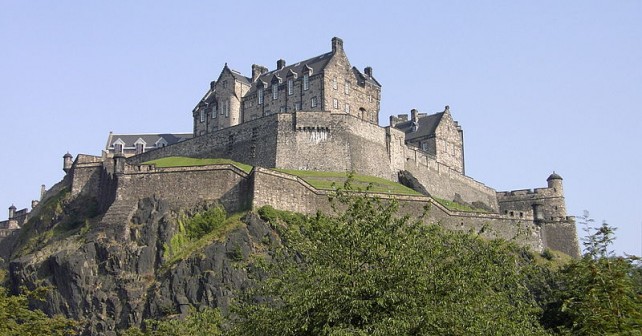 “It’s hard to begin writing about my study abroad experience, because that means it’s actually over.”

For now, that is. I’m sure I will continue to be a lifelong traveler after I graduate, but I will be rooted firmly in Iowa for my senior year of college. During my semester abroad, I spent almost exactly five months in Europe. I visited sixteen countries, and took over seven thousand photos. I rode countless planes/trains/buses/ferries, stayed in way too many hostels, literally wore out my clothes, ate a lot of fish and chips, met some relatives I didn’t know I had, and made a ton of new friends and great memories. One of my best ideas while abroad was keeping a photo blog, so that my friends and relatives could see where I visited, and so that now I can look back and remember my time abroad.

I’ve known that I wanted to study abroad since my freshman year of college. I’d always loved traveling and seeing new places, but I felt that I hadn’t seen much of the world around me. Studying abroad was the perfect solution. While I was in college, I would have more freedom to go where I pleased, and live inexpensively as a student. Because I was part of an educational program, I would have some support from the university. I took a “tester trip” in the summer after sophomore year, which was a three week school trip to Italy with my honors program. I loved every second of it. So, on my return to UNI in the fall, I took the plunge and applied to the University of Stirling in Scotland. I had a really hard time deciding where to study abroad, because I had no particular desire to go to a certain country. I knew I would have an easier time in an English-speaking country, although now I do wish I had tried to live in a country that spoke French or Spanish. The only exchanges with UNI that had film classes were Australia or New Zealand (really expensive), an American college in Greece (why would I go to an American college abroad?), or the University of Hull in England or Stirling in Scotland. Stirling was reputed to have a better film and media program, so Stirling won. I read a lot about Stirling and talked to a girl who had studied there previously so that I would be as prepared as possible when I got there. I left for Stirling in early February. It was so hard to pack for four months!

The academics at Stirling were certainly very different than the academics at home. First, I only had class six hours a week, as opposed to my usual eighteen. Second, each class was one hour lecture plus one hour seminar. Third, there was no “busy work”. This was my absolute favorite part. What’s the point of doing graded write-ups and reflection papers? Taking quizzes and tests? It’s like the teachers don’t trust you. But at Stirling, we were only graded somewhat on attendance, and mostly on a midterm and a final paper. Students were encouraged to do their work by discussing the readings in seminars, and to expand their research in areas that actually interested them outside of class. This seems like a much more beneficial education for those students who are motivated to study on their own. I’d much rather spend my time analyzing Hitchcock movies than writing a one-page reflection paper about a textbook chapter. Students are more engaged when they are invested in what they’re learning. I had one really good class, one okay class, and one I disliked while I was at Stirling. The one I loved was Digital Media and Culture. The professor was Scottish, wrote his own textbook, and was really 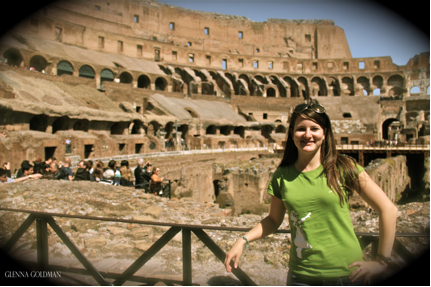 engaged in our learning. He taught about modern digital media, which of course is very relevant to my generation. We had lots of discussions about Twitter, Facebook, and the BBC. The okay class was Literature and Film, which was about how novels are turned into films. It was less about the technical aspects of film, and more about the literature. We talked about things like metaphors, and how they translated visually. I loved doing homework and writing my papers for this class, because it consisted of reading a novel and then watching the movie that was made later. The class I didn’t like was taught by a professor from California, and was called Transnational Identities. It was supposed to be about how nations view themselves in film. We had some interesting assignments, but the discussions left something to be desired. I was hoping it would be a mainly European film perspective, but it turned out to be mostly Middle Eastern and American film perspectives. The teacher was also very into her own ideas, and didn’t have much patience for anyone else’s opinion.

A really fun part about studying in Britain was learning some British English. We really do speak “American”, and my Scottish friends teased me a lot because I didn’t know much of their slang. They know American slang from TV shows, but we really don’t get much exposure to British words over here. I frequently had to pause conversation to ask what a word meant. They were also astounded at the number of TV shows I’d never even heard of, and foods I had never tried.

College is not just about academics, but also about expanding your social knowledge. Overall, students at Stirling seemed to spend less time studying than they do at home, simply because there was a lack of “busy work”. No need to study for tests every two weeks. But that didn’t mean they weren’t as smart. I had many valuable discussions with other students outside of class, and they were just as insightful as any I’ve had back home. People at 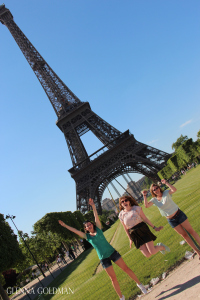 Stirling had more time to hang out with friends and chat about world issues because they didn’t have all that busy work. Also, because school is so cheap for them, many of them didn’t have jobs. Many of my friends back home work up to twenty hours a week and still can’t afford college. Without that pressure of student loans, no wonder people in the UK and other parts of Europe are happier. Students also have more time to join clubs and play sports, instead of struggling to make it to meetings or practices between classes, work, and homework. I had a lot of time to chat with friends, at school and at my apartment, and learn about the differences between our countries. I lived in university-owned off campus apartments. I had a roommate from Copenhagen, one from Greece, one from Manchester, and one from Seattle. The people across the hall were from Spain and Germany. Other people in our building were from different parts of the US, Germany, France, Norway, and Portugal.

I was fortunate to get five different scholarships to study abroad. With that extra money I was able to travel a lot! I learned so much during my trips about travel planning and budgeting. Traveling in Europe is so much cheaper than it is in the US because of all the cheap mass transport. Ryanair was our best friend. The cheapest flight my friends and I took was from Milan to Edinburgh for sixteen Euros. Hard to beat!

I would say I learned most from my overall increase in knowledge about different cultures and societies from traveling and meeting new people from all over the world. I’ve learned so much, and done things I could only dream of before. I’ve talked with people from all over the world about politics, education, and society. I have gained the confidence and perspective to be able to talk to anyone, anywhere. I’ve visited London, Paris, and Rome, and many places in between. I’ve seen the ruins of ancient Greece and the Highlands of Scotland. But by the end of my five months, I missed my friends, my bed, and having clean clothes and a private shower. I was ready to go back to what was familiar, ready to walk around Target and HyVee and be able to talk with salespeople about those common Midwest topics like weather and the corn harvest. I was ready to eat BBQ and Scratch cupcakes, and have cheap fast food. My adventures abroad taught me that home isn’t just your house, or where you grew up, although to a lot of people that will always be home. It’s also where there are people who love you and care about you, and the place you go to be comfortable and safe. Most of all I was ready to see my friends and family, and the familiar UNI campus. I’m sure I’ll do a lot of traveling in my life, and maybe I’ll end up living overseas, but I’ll always be glad to come back to Iowa for a little while.

Hi, my name is Glenna. I’m from Iowa, but I want to travel the world! I graduated recently with a B.A. in Electronic Media Production. My passions are video production, photography, and traveling. I have many interests, and I love to learn about various subjects. I also like to read and write, and do lots of different activities outside. I love hiking, biking, swimming, playing frisbee, kayaking, taking pictures, and exploring. One of my favorite things to do is to watch movies and documentaries, and get inspiration for my own. I don’t know where my life will take me, but I hope to travel and make the world a better place through film and photography.

One Response to “Highland Adventures: My Story of Study Abroad in Scotland”