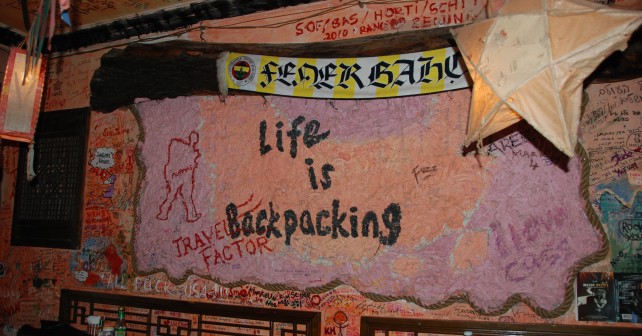 In the summer of 2007 and spring semester of 2008 I traveled abroad to Southern France and Western Spain respectively. The flyers and other curricula advertising the study abroad programs used descriptors like “expand your horizons” or “get global minded”. I skimmed these platitudes with the actual motivation of wanting a change of scenery from my small college town and fuel for party chatter the following semester. I wasn’t emotionally mature enough at the time to realize how much a trip abroad hones in on how you define your identity- obviously as your nationality- but also as a person who operates outside your comfort theaters of bar, student house, and the occasional trip home for family reunions. 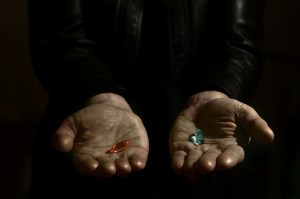 In Europe, I lived among people who had the same dilemmas as any American, these are western countries after all, but the way they went about approaching young adulthood was very different from what I had thought was the only way, which I came to realize was the American way.My eyes were simply opened to another world of operation, much like the oft quoted red pill blue pill choice Neo has to make in the first Matrix movie.

After graduation in 2009, as I approached the black hole of real life and how to live it, there was a feeling of guilt that I didn’t measure up to the steps that my contemporaries were taking like continuing on to graduate degrees or moving to big cities for entry level jobs at large corporations. But then I reflected on my study abroad experiences and took solace in the fact that there is no right way.

Here are a few observations about the behaviors of young adults from my time studying abroad:

The majority of my contemporaries I met in my travels still lived with their parents, either as students or young adults. And no one thought twice about it. I lived with my aunt and uncle in an attached garage apartment on and off between age 21 and 25. I was very fortunate and sometimes felt guilty or that I was ‘cheating’. But I wasn’t being an irresponsible child. I kept the place relatively clean, had a full time job, sometimes two, and minded my own business. In return I was the occasional dog sitter. It was a sweet deal and gave me a chance to save a ton of money. Now that I’m married to another working class adult and moved to the proverbial big city, those years of saving are a godsend and got me in the habit of living below my means.

There didn’t seem to be pressure to binge drink across the pond. It’s as if early permissiveness breeds familiarity which turns into indifference. The only people I saw puke on the street at 4am were American students. There was no official happy hour but the average person did have a moderate glass of alcohol in the late afternoon for lunch and perhaps again with dinner. Somehow Americans think a moderate amount of alcohol in the middle of the day is worse than a binge from 5:30pm-11pm multiple times a week. Do we still blame this hypocritical temperance on the puritan influence? So frustrating. 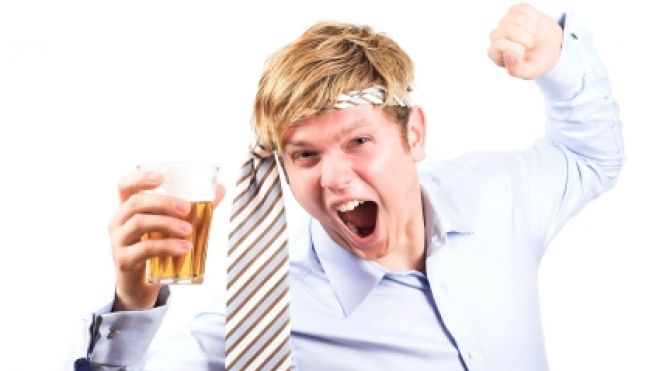 In America, the impression is if you’re not angling to be the best  employee you could be and constantly obsessing over it, then you’re somehow less grown up. In western Europe, it seemed like people accepted their job roles. It was like they got meaning out of anything but the job. No one talked about their job. It was so refreshing. Having passion for culture, politics, ideas and the relationships around you is more enlightened conversational fodder. Now, this is probably very different in major cities like Paris or Madrid where the best and brightest of the country congregate and compete.  But that’s not where I spent the majority of my time.

There’s pressure both socially and economically to amass a bunch of Stuff to prove or feel something akin to Adulthood. Niche kitchen appliances, underutilized outdoor gear, subscriptions galore, newest model cars, an overflowing wardrobe, 60 pairs of black heels. I didn’t observe these redundancies overseas. First, there’s no space to store all this crap. Do people suffer for this seemingly lack of products? Heck no. The lesson I learned is keep it light but allow yourself one or two extravagances. My guilty pleasures are used books and cosmetics. Everything else remains light and tight.

I know these are generalities and there are exceptions, possibly whole swaths of exception. But, these observations sincerely helped me overcome my own self-doubts in my early 20s. Life doesn’t have to be so isolating and stressful if you’re self-reflective enough to own your choices and, taking a pointer from our European and American friends, realize there is no mandatory blueprint for how you live in the world.

Erin Newcomb is definitely a late twenty-something and graduate of the College of Charleston in South Carolina. During college, she studied and interned in Aix-en-Provence, France and Trujillo, Spain. Erin is a compulsive language learner and reader, having at least six books on the night stand at any one time. She lives in Chicago with her husband and cat Taïga (pronounced in a Werner Herzog-ian german accent)

One Response to “How Study Abroad Changes Expectations of Young Adulthood”