The Pros and Cons of Internships Abroad for Grad Students 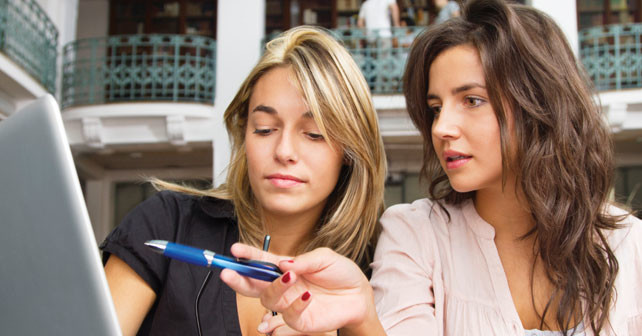 In some countries the internship is tied to the educational system. In France there is legislation known as the “Convention de Stage” while in Spain they work with a “Convenio”. The “Prakticum” is also very common in Germany while the “Practica” is a requirement in Peru. In the United States the concept of an intern was most often related to students of medicine toward the end of their studies. In Europe a student organization, AIESEC came into being in which students were involved in the procurement and management of international internships. Times have changed and there are a plethora of internships posted now on the internet all over the world. The overseas internship for graduate students has existed for some time but has not been so common.

University of South Carolina was one of the first if not the first to incorporate the overseas graduate internship abroad as part of the curriculum for one of their business programs. The master of international business program required graduate students to study a foreign language and to spend six months on an internship abroad. Their college of business, today known as the Darla Moore School of Business offered its students the opportunity to study languages including  French, German, Italian, Japanese, Portuguese , and Spanish.  Some early adopters of the internship concept included the multinational firms who were using the program to identify potential talent as future employees they could incorporate in their respective expatriation plans.

The common thread for internships at the graduate level abroad has been a series of needs that require not only higher education but is also best served by language skills and an understanding of the culture.

Entities such as ENDEAVOR have been quite successful with short term assignments for graduate students without requiring language skills or familiarity of the language. Government entities such as the United States Department of Commerce offer internships around the world. The type of tasks that will be made available to graduate students are those that will require quantitative and analytical skills.

There are some essential elements to successful and meaningful overseas internships for graduate students. Probably the most important aspect is for the graduate student to research the entity with which he or she wishes to get involved with. Internships abroad for graduate students are best when in the form of a well-defined project rather than a rotational or shadowing experience. A company hosting a graduate student should be able to benefit from the experience. In some instances the internship can be used as a trial period. Some companies have benefited from having graduate students informally educate employees in the host company. The “education” can be relevant to new technologies or new processes. In some instances it can be interesting for a company to host a graduate student who can not just observe a process in a most objective manner but can also quantify the savings or costs of a modification at a cost inferior to sending a full time employee.

Critical to a successful overseas internship from a corporate perspective is the engagement of the person who will host and supervise the graduate student. The host must be involved in the selection process. The host should not be threatened or intimidated. Similarly the supervisor should not deem the hosting as a burden or additional responsibility but rather a cost effective resource.

Fallout from the 9/11 terror attack in the form of paperwork significantly impacted internships for graduate students.  The impact has been primarily in regard to the visa procurement aspect. It has become significantly more challenging for graduate students to be able to carry out an internship abroad. Today, Brazil, for instance has a specific visa designated for internships, the “Vitem I”. In many instances the student must present herself or himself in person at the consulate to apply for a visa that will allow for an internship with extensive documentation from the host company or entity.

Another aspect that has added to the challenge of graduate internships abroad is that of insurance.

The costs for health insurance policies for students who go abroad have been rising as a consequence of natural disasters such as the Tsunami that impacted Japan as well as the Spring uprisings in the middle east that impacted students who were abroad at the time of the respective events.

Though challenging, the overseas internship for a graduate student can be a very rewarding experience and in some instances the most significant boost to initiating an international business career.

Louis F. Dessau is the Regional Director of Latin America in the Office of International Activities at the Darla Moore School of Business at the University of South Carolina.