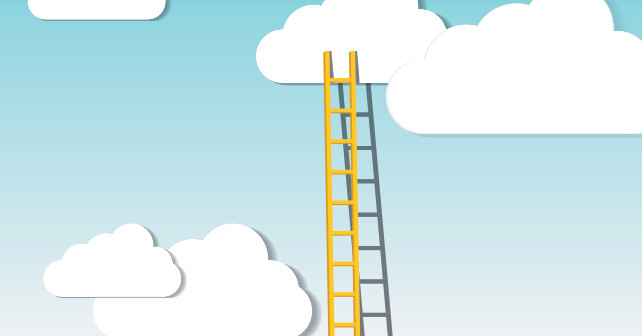 As someone who spends a fair amount of time on campuses championing the education abroad cause, I am often overwhelmed by the euphoric zeal of recent study abroad students interested in returning overseas. And why not?

Beyond the cliché-laden response of “It was amazing!,” data strongly emphasizes the transformational experiences of a semester abroad, opening undergraduate eyes to a multiplicity of cultures, languages, and skills that prepare them for an increasingly global world.

Those who think about graduate school abroad often find themselves lost in a myriad of unknowns: from visa regulations and employment restrictions to “What on Earth is a curriculum vitae?” I found myself in this very predicament when I made the decision to go back to school in Europe. The paragraphs below can be considered a summary of things to consider when entertaining the idea of graduate studies in a foreign country.

There are many benefits to attaining a degree from an overseas university. First and foremost is the international pedigree it brings with it. A graduate degree abroad – whether from Cambridge or Shanghai– adds clout to a resume and immediately underscores a potential candidate’s language capabilities, cross-cultural competence, and independence – skills highly valued by prospective employers in a twenty-first century global economy. Speaking from experience, the Master of Science (M.Sc.) I received from the University of Edinburgh is always one of the first items discussed during an interview.

Graduate programs outside the U.S. can also save students time and money. Compare University of Copenhagen and New York University (NYU). Both institutions are very highly ranked, but they also illustrate the stark tuition discrepancy between the U.S. and E.U. In the upcoming 2013-14 academic year, for example, a master’s degree in Anthropology from Denmark’s flagship university (instructed in English no less) will run a non-European citizen approximately $13,000. Compare this with NYU’s program, which charges almost three times that amount ($37,000). The timetable for many degrees abroad is also attractive. A typical Master of Arts (M.A.) program in the US can take upwards of two years to complete while programs abroad are more independent with many students submitting dissertations within a year. In sum, you can obtain a graduate degree in half the time in many cases and at a fraction of the cost.

For those concerned about financing, the U.S. government allocates federal loans to students seeking full-time degrees abroad. At present, students can apply (unsubsidized) Stafford loans to cover costs at nearly 450 overseas institutions. The list of eligible universities can be accessed through FAFSA’s Federal School Code Search Database (fafsa.ed.gov). There are also a number of scholarship opportunities that can significantly defray the tuition and living expenses of a grad student abroad. Prospective students can apply to a host of funding bodies including, but by no means limited to, the Marshall Scholarship, Rotary Peace Fellowship, George J. Mitchell Scholarship, and Overseas Research Fellowship.

One final point to emphasize when discussing the benefits of overseas study is that acceptance rates among international applicants are particularly high. According to the Higher Education Statistic Agency (HESA), non-British graduate students studying in the U.K. have increased by one third since 2008 and now comprise 57% of all master’s and doctoral candidates in Great Britain. As an American student studying at a foreign institution, you are in fact contributing to the “globalization” of that campus (although some now argue that out-of-country tuition fees – which yield far greater revenue streams – is the real culprit behind these higher acceptance rates). The application process is more streamlined as well where there is no need to submit standardized test scores like the GRE and GMAT, or even an application fee – costs that add up quickly when applying in the states. The factors that matter most to foreign admissions committees are undergraduate transcripts, academic references, and the merit of an applicant’s research proposal.

One obstacle that Americans face in graduate school abroad is the high level of academic independence they are granted. Higher education in the United States – at all levels – places significant value on in-classroom contact hours. Many overseas Master’s programs, however, are structured like “mini Ph.D.’s,” providing ample time for the student to conduct research and gather data on their own in preparation for the dissertation or thesis. A student may spend weeks, even months, without stepping into a classroom or meeting with his or her advisor.

Outsiders to this academic culture sometimes construe this independence as leisurely free time, which can have catastrophic effects on the timely completion of a degree. If you plan on attending a foreign school, it is imperative that you hone those time management and organization skills.

Cost of living is another matter to keep in mind. University cities that tend to draw large pools of international students can be cripplingly expensive for a foreigner with little-to-no source of income, especially at a time when the US dollar is not particularly strong. Urban areas like London, Paris, Singapore, Sydney, and Tokyo now rival or even eclipse the average cost of living in New York City, San Francisco, and Boston. A good way to offset this is to work while abroad earning your degree, just make sure to check your visa regulations!

Obtaining an advanced degree from an overseas institution is not for everyone, especially those interested in practicing law and medicine in the United States. International master’s and doctoral degrees in the natural sciences, humanities, social sciences, and business are highly recognized here in America. Advanced law and medical degrees, however, are not so easily translatable due to federal law and health services regulations. Language restrictions are also something to keep in mind. Although more and more institutions are offering degree programs in English, one should be cognizant of potential language barriers and investigate schools that resonate with their language capabilities.

There are several online resources that can aid prospective graduate students in researching overseas universities such as gradschool.com and goabroad.com/degree-abroad. I would highly encourage discussions with your advisor or a specialist within your discipline. The world of academia is quite small and they will be the best resource in finding an international program that is right for you.

In closing, it is important to note that graduate school – both domestic and foreign – is a serious endeavor not to be taken lightly and should not be seen as a way to avoid entering the job market or “real world.” With that said, graduate school abroad is a viable way to develop one’s professional career whilst becoming integrated into new and exciting environments. Perhaps the Roman philosopher Seneca best encapsulates these sentiments when he wrote: “Travel and change of place impart new vigor to the mind.”

Dr. Joseph F.Stanley is an Institutional Relations Manager at CAPA International Education (Boston, MA) and can be reached at jstanley@capa.org

One Response to “Pursuing a Graduate Degree Abroad” 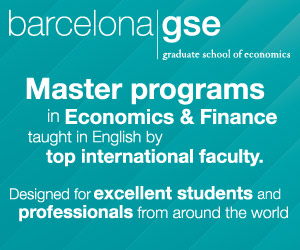