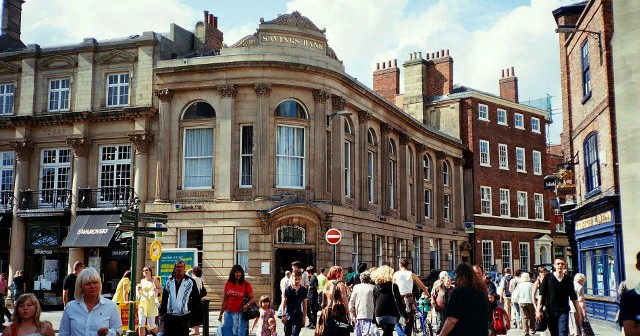 In my work helping Americans apply to graduate programs in Great Britain, one of my tasks is to prepare them for the culture shock they will inevitably experience in their new surroundings. Experienced travelers are often skeptical when I bring this up; many have already studied abroad in Britain briefly or had a stint of personal travel there and found it to be “essentially identical” to the US asides a few charming differences in dialect and cuisine. Others likewise cite trips to other, more exotic countries and expect the UK to be familiar by comparison, if not an easier transition.

True enough, being an American in Britain is hardly as much of a fish-out-of-water experience as volunteering in Mongolia or riding the Trans-Siberian Railway perhaps, but sometimes the similarities between two cultures can actually amplify the differences, especially over the course of an extended stay. Even those of us who are well-traveled are sometimes surprised to discover that even without a language barrier, living abroad requires some adjustment.

By now you may already be familiar with the four stages of culture shock: Honeymoon, Negotiation, Adjustment, and Mastery. During the first phase, everything is exciting and new. Once that wears off, you may find yourself anxious and frustrated by these differences that once seemed so exciting. Eventually you adjust and become accustomed to your surroundings, and by the time it’s over you wish you never had to go home.
I knew all about these four stages when I was accepted into a graduate program at the University of York, had already spent a lot of time in London before, and therefore did not expect my experience in the north of England to be any different. I received quite a wake-up call on my very first day when I walked into a convenience store across from my flat and discovered that I could not understand the thick Yorkshire accent of the smiling employee behind the counter. It wasn’t just his lilting, musical Yorkshire accent, but his entire dialect; he was using slang and idioms that I had never encountered. This was going to be very different from London.

Of course, I should have known better. Expecting all of Great Britain to be like London is a bit like expecting all of the United States to be like New York. Those 200 miles separating London and York may not sound like much to someone who comes from a country that’s 3.79 million square miles in total area, but the two places are worlds apart in many ways. In retrospect, I now feel incredibly fortunate that I was able to have a more traditionally “English” experience, and I quickly came to prefer the history and personality of Yorkshire to the hustle and bustle of metropolitan London.

One of my first experiences of on-campus culture shock came just a few weeks after my arrival in England, on a sunny but cold October morning. As I approached the doors of the academic research center where I spent the majority of my time, I could hear a loud, high pitched beeping noise coming from within. Once inside, I realized that the sound was coming from a vending machine in the building’s lobby; a candy bar had gotten stuck which resulted in an error alarm. The alarm was impossible to ignore, yet there were students seated all around me, attempting to hold conversations despite it.

I took out my cellphone and dialed the number displayed on the machine. A pleasant voice on the other end asked me to describe the problem and to give the location of the machine, and within twenty minutes a technician had come to extract the candy bar and restore peace. I later told a friend what happened, expecting to be lavished with praise for having done my part to reinstate the contemplative silence of our sacred study space – but instead he gave me a puzzled look and said, “But why didn’t you just find another place to study?”
In the United States it’s often said that “the squeaky wheel gets the grease” – that is, if you want something changed, you need to speak up. To our British friends, though, this attitude is just another sign that we are pushy and demanding, believing that even the tiniest inconveniences deserve immediate attention. Maddening though it may have been, I learned that sometimes you needs to alter your expectations and remember that one of the reasons you decided to study abroad in the first place was to escape the breakneck pace of the American rat race and experience a new culture.

Nevertheless, it was just a few months later that I found myself once more on the phone, this time with university administration, breathlessly lamenting that not one, but all three ATM’s on campus had been out of order for several weeks. This time, however, I had learned not to brag share my proactivity with my classmates.

Your Lonely Planet guide will tell you never to discuss politics or current events when you’re in a new country, but after about ten minutes in a British pub you’ll realize these are the only subjects (aside from football/soccer) that anyone wants to bring up. This is tricky territory for an American: most of us feel utterly unqualified to weigh in on UK politics, while our British friends more than happy to share their opinions about what’s happening stateside. This can lead to some unpleasant conversations, particularly as your British friends may have a skill for lobbing withering (though good-natured) insults during a debate.

Indeed, it’s a common belief among Britons that the US is an “irony-free zone,” where sarcasm whizzes over our heads and we all take ourselves entirely too seriously. I was heartened to hear this myth in part dispelled several years ago by the great English comedian Stephen Fry, but unfortunately it still remains a popular misconception. As a lifelong lover of British humor, I was positively wounded when – after I responded quizzically to a pub patron’s obscure joke – the man shook his head and sighed, “Oh, that’s right; you Americans don’t get irony.”

I’ve found that this problem runs two ways, as Americans tend to use irony to a very different effect than Britons, which can often get us in trouble. Far from being self-serious, we are often self-deprecating, sarcastically playing up the worst stereotypes about ourselves in an attempt to show that we aren’t that type of American. We might poke fun at our own ignorance of British politics, or make a joke about American portion sizes while ordering dessert, or sarcastically chant “U-S-A! U-S-A!” after winning a pub quiz. We may think this is obvious satire, or a humble attempt to diffuse the Ugly American stereotype, but it is usually misconstrued as exactly the type of boorish behavior we mean to lampoon.

So what is the solution? How can we make friends without pretending to be someone we’re not? There is no simple answer, but I think the best approach is to humble ourselves and allow our hosts to set the tone for our experience. Britons are famously slow to warm up to new people, but once they know you’re a friend, you’ll have a lot of leeway to be yourself. This doesn’t mean they won’t poke fun at your Americanisms, but they won’t hold them against you either.

Furthermore, when you return home after your time abroad, don’t be surprised to find yourself responding to our national quirks in much in the same way. This is the curse of the global traveler: we may feel at home everywhere we go, but always leave a little bit of ourselves behind – so that even our actual home can begin to seem strange and unfamiliar. The blessing is that we can now explore even the most familiar situations through new eyes—making the trajectory of culture shock and reverse culture shock seem all the more manageable.

James Meakim is a student advisor with Across the Pond, an agency that recruits on behalf of 36 universities in Great Britain. He is also an organizer with the Rocky Mountain Region chapter of the Lessons from Abroad returnee conference. He currently lives in Fort Collins, Colorado.

3 Responses to “American Fish in a British Pond: How Cultural Similarities Exacerbate Differences”